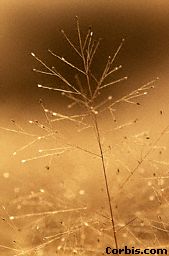 Yet, some intersections have paths that lead in extremely different directions, having a profound effect on one's life. One such intersection I met upon my own journey.

For many miles, I could see it looming in the distance. I knew a decision would have to be made, and yet I could not bring myself to decide. Eventually, I found myself standing in the intersection, still indecisive.

To my left was the path of "take arts in university" and to the right was "take science." Straight ahead was an immense desert, where I would stray if I could not make a decision. I felt the winds of change blow against me, pushing me to make a decision, lest I be forced to wander an eternity in the desert.

I glanced to my left, and then to my right. Both paths were equally as appealing. Yet, when I took a closer look at the Path of Arts, I saw it was lined with many pretty flowers which were familiar to me. They were the flowers of English, of History, and of the like. I longed to wander down that path, to smell the pleasant scents of the flowers that I had grown to love. However, the Path of Arts was shrouded in fog, leading to an uncertain destination.

I turned then to look at the Path of Science. There were familiar flowers there too, like Ecology and Plant Biology. I could also see weeds called Math and Physics. Beyond these I could see something spectacular. It was a flower, larger and more beautiful than the others by far. That flower seemed to speak to me, whispering promises of better things, of happiness and financial security.

So I chose the Path of Science, enticed by the flower and the promises it made. I stepped close to the flower, inhaling the exotic fragrance. Its beauty was intoxicating, the likes I had never seen before. I saw that this flower was a rare species: the flower of Astronomy.

I reached out to touch the flower, longing to know the secrets it held. Yet, even as I did so, I could feel the weed of Physics entwining my legs. I looked down in surprise, for I had not expected the weed to lie so close to the flower of Astronomy. The weed worked its way upwards, winding tighter until I felt I could not breathe. I knew I should cry out for help, but I did not know who would answer, for I seemed so alone on the path I had chosen. I tried to fight the weed, but I soon stopped, knowing it was hopeless. The weed was too powerful. I felt the weed drag me down towards a puddle of mud that lay along the path, and I feared I would drown . . .