Re:  20% tuition hike still a bargain 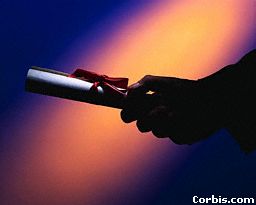 I am a university student, faced with having to borrow even more money to pay for my education. I do not like being in debt, especially when I do not know where I will get the money to pay off my student loan. Contrary to popular belief, a university education does not guarantee one a "better-than-average" salaried job. Chances are, university students will have an average or below-average salary when they finish their education. Personally, I would not mind having to pay more for my education if I was guaranteed of having a high-paying job afterwards. Then, I would be able to pay back my loan with ease. Similarly, if I was guaranteed of winning the lottery, I would gladly spare the $1 for a ticket. However, I am faced with the possibility of working for minimum wage for the rest of my life, and if that happens, how will I be able to pay back my student loan?

I am basically in university for three reasons: 1) There is the possibility that I will get a "better-than-average" job, 2) I do not know what else to do for the next three years, other than getting a job "hard-rock mining," and 3) I believe that when someone has enough intelligence to get into university, they should go. If they do not go because of financial reasons, it is a tragedy in my eyes. The world might just lose a potential great scientist, or something else, because that person could not afford a university education. I am sure the taxpayers would not mind helping someone who would some day find a cure for Cancer, and save many lives, including the lives of some of those taxpayers.

Students are not just whining about having to spend more of their money on an education - they are trying to figure out where they will get that extra money. Students are paying thousands of dollars for an uncertain future, and they are scared.

P.S. Thanks to the "general population." I know that a lot of you could not afford an education, and a lot of you who did go to university are now receiving "lower-than-average" salaries. I will meet you in the "real world."

Re: the comic above the letter - $30 000 would send ONE student through university.