Snippits from a Newsgroup Discussion on Tuition 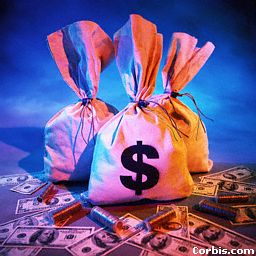 >Now how would YOUR post secondary education help out the country, if you don't
>do it then another canadian student will (NOTE: there's a cap on the number
>of visa/foreign students into certain programs/universities/etc,..)

Yes, if the poorer students don't go to university, then another student will take their place . . . presumably, someone of lower intelligence (assuming lower grades = lower intelligence) who just happens to have the money. Now, who would you want to be your future doctors, or other professionals of society . . . people from richer families, some of whom are qualified and some of whom are not, or the most qualified people in the society, whatever their financial background? Tecnically, an education is accessible to anyone, no matter their financial background, thanks to student loans. However, if someone does not have the money, and they borrow it, they are borrowing money to buy an uncertain future. Increasing tuition but also increasing the amount of loans available is not helping much.

>you'll have to pay it all back plus some of the interest (although part of the
>loan may qualify for the loan forgiveness program).

Not much of it . . . I think it is anything over $7,000 per year over four years, or some figure like that. Just as a comparison, I think that is about how much I receive, or a bit less. If we assume I am an average student, then basically no money (or not much money) will be forgiven on the loan.

>For post-seconadary education, currently the the taxpayers pays for the vast
>majority tuition wise! But the student should pay for 100% of their post
>secondary education!

> - What does the taxpayers get in return? An university educated dude who pays
> higher taxes and contributes more to the Canadian society???

And, what value will a university educated student be to the taxpayers? Well, the students will know more than the average person about different things (like geographic and biological processes, for instance) and so will be able to make better decisions, like in elections, etc. If a nuclear power plant will be built near a town, for instance, the student might be able to make a better decision about whether to oppose it, whether to believe the company who says it's safe, etc. With more educated people in society, too, there is a better chance that the future politicians will be well educated, too, and better able to make decisions. As an example, in a geography course we were talking about
the Human Development Index (Canada has the highest value.) The prime minister is always talking about how we are #1 in HDI values, and in the class discussion, we were wondering if he knew much more about it . . . ie, the equations use numbers that were chosen for some reason, and can cause certain HDI values to appear higher or lower, so the #1 value does not necessarily mean
we are number one REALLY. The point is that someone who has gone to university and taken a course discussing something like that will know whether they should put faith in the HDI value or not, while the average person may not know what the HDI really means (ie. how it is calculated) and will just take it at face value. If society in general is more educated, then better decisions will generally be made - that is, decisions that affect EVERYONE in society, not just the students who went to university. I wouldn't mind helping to pay for someone's education through my tax money if it meant the decision-makers would be more educated, and I'd live in a safer, better society.

But, it MIGHT end up being less than 25K.