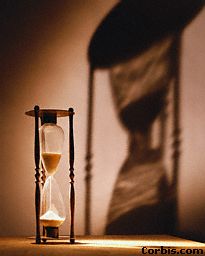 George Edgar considered himself to be a typical 64-year-old man. He worked at the local factory until he retired two years earlier. Since then, he had kept himself occupied with taking walks and gossiping with the neighbours. He was a permanent bachelor, and had no children. There was no history of schizophrenia in George's family, and everyone considered him a stable man. That is, until he met the Shadow.

George had just left the doctor's office on a warm autumn day. It was only a checkup. He had seasonal allergies and a weak heart. The doctor had assured George that his heart would be fine as long as he did not get any big shocks. "George," he had said with a smile, "just keep your eyes away from the young ladies, and you will be just fine. But seriously, about those allergies, just get some eye drops and your eyes will not feel itchy any more."

After leaving the doctor's office, George had walked down the sidewalk. He walked everywhere he went, since he did not like driving. A light, cool breeze blew autumn leaves across his path, and they crunched beneath his feet. There was a calmness all around, as nature accepted the coming of winter. Suddenly, the wind picked up, scattering leaves and sand through the air and into George's face. He tried to shield his eyes from the bombardment. The wind died down as suddenly as it had started. George was left standing there on the sidewalk, blinking the sand from his eyes.

"Hello, George!" called a familiar voice. It was his neighbour, Mrs. Somerset. He walked over to her fence.

"Quite the weather we're having here, isn't it George? I was going to rake the leaves up on my lawn, but there is no sense in doing that if the wind is just going to blow the leaves all over the place. Maybe I'll just go inside and call my son. Fine lad, that boy. Did you hear he just got a promotion?"

"He's going to be vice-president of the company one day, just you wait and see. I always knew he would make something of himself, yes I did. Unlike old Mrs. Smith's son. Did you hear he just got out of prison? I heard he was in there for mugging little old ladies. Young people these days have no morals. It's the parent's fault, don't you think, George?"

"They just don't discipline their children right. I always made sure my boy behaved himself, not that he ever did anything wrong. What an angel! Did you know that he never even cried when he was a baby?"

"Mrs. Somerset, I really should be going. My allergies are acting up again, and my eyes keep itching all the time. Have to go do something about them. It's been nice talking to you. Bye!"

George turned around and continued walking down the street.

"Good-bye, George! Mind you keep a sweater on so you don't catch cold."

George smiled and muttered under his breath, "Sweet lady, but you couldn't shut her up if your life depended on it."

George reached the corner and started to walk across the street. He noticed something out of the corner of his eye. He stopped, thinking it was a car coming, but when he turned to look, there was nothing there. "That car must have turned down a side street," he said. He realized that he was talking to himself. "I've got to quit doing that, or people will think I'm going senile."

He walked past the next two houses, finally reaching his apartment building. He walked up the steps and fumbled for the right key.

"Damn. Which one is it?" He thought he saw someone to his left. He turned his head, but no one was there. "Hmm."

George finally got the door open. He went inside and promptly closed the door behind him. Maybe the story about Mrs. Smith's son was affecting him; he was beginning to think someone was following him.

George went into his apartment and locked the door. He closed all the blinds, just in case someone was watching the apartment. He realized that his heart was beating faster than usual. George walked across the darkened room to the kitchen and poured himself a glass of water. He then swallowed one of the heart pills his doctor had given him. Leaving his bottle of pills on the counter, George walked into the living room and slumped onto his la-z-boy.

George's old, grey Persian rubbed her head against his leg, then jumped up onto his lap. He stroked her fur, which always had a calming effect on them both.

"This is silly, isn't it Kitty? Nobody's following me, it's only my imagination. That darn Mrs. Somerset and her stories." He sighed, then leaned back and closed his eyes. Within seconds, George had fallen asleep.

George awoke after a couple of hours, realizing his eyes were itchy. "Damn leaves making my allergies act up," he muttered. He eased himself out of the chair, then brushed the cat hairs off his pants. "Damn. I forgot to get those eye drops." George sighed, and headed towards the door.

It was dark outside, except for the full moon shining overhead. The air was cool. "I should have worn a sweater," George muttered, but he did not go back into the apartment.

The drug store was two blocks away. George walked towards it, all the while thinking only of how itchy his eyes were.

"Hello, Mr. Edgar," the pharmacist called as George walked in the door. "Can I help you with anything today?"

"I need some eye drops. My eyes are so itchy they're driving me crazy."

"Allergies, right?" George nodded. "Yes, a lot of people are bothered by allergies this time of year. Ah, here are the eye drops I think you want. They always seem to work well. Have a nice day, Mr. Edgar . . . or a nice night, rather."

George stood in line to pay for his eye drops. There were two women and one man ahead of him. The women were talking.

"Did you hear about the jailbreak today?" one woman was saying to the other. "Apparently, the man who got out was in for breaking and entering."

"I'll definitely make sure my doors are locked tonight," the second customer answered. "I don't like the thought of a man like that coming into my home."

"They say that he already broke into someone's house and stole all the silverware. It belonged to some nice old couple who never hurt anyone in their lives."

"They should have better security at the prison. What is our justice system coming to?"

"It's terrible, that's what it is. I don't even feel safe in my own home anymore. I used to be able to walk down the sidewalks in town all by myself with no problems. Nowadays, I always feel like I'm being followed or something."

"I know the feeling. I think I'll take the long way home tonight, so I can keep to the streets with the lights on."

"Yes, I can see why. I hate the thought of some criminal stealing my purse, or doing God knows what to me."

The customers in front of George had paid for their purchases, and now went out the door. George was left with an uneasy feeling.

"I understand. My grandfather's about your age and he gets like that too. Here's your change."

George stuffed the thirty-one cents in his pocket, grabbed the bag with the eye drops, and left the store.

When he got outside, a chill went up his back, and he began to wish he had grabbed a sweater. He walked down the sidewalk faster than usual. The conversation he had heard in the drug store was bothering him. He did not like the thought of a criminal being in the area, and he did not want to be the next victim.

George increased his walking speed even more, knowing that something was definitely following him. Every time he turned to look, the shadow would move so that he could not see it. He began to run then, his heart pounding from the exertion.

"Just a few more steps," he thought to himself, "and I'll be safe at home."

He ran up the steps and grabbed the door handle. It was locked. George reached into his pocket for his keys. With trembling hands, he fumbled with the lock. All the while, he kept looking over his shoulder. The Shadow waited nearby.

"Probably waiting until I get inside so he can steal my silverware," George thought. Finally, he managed to get the door open. He slipped inside, slamming the door shut behind him. He did the same to his own apartment door, then leaned back against the door to catch his breath.

"I need those heart pills," he said to himself, then flipped on the light. He took two steps across the room and then froze. The Shadow was in his apartment. He could see it out of the corner of his eye, lurking in the bedroom doorway. George did not move from his position.

"Who's there?" There was no answer. "What are you doing in my apartment?" Again, the Shadow did not reply. George's heart continued beating faster, but his heart pills were on the other side of the room. He was afraid to move.

"Why have you been following me? If it's my silverware you want, take it. Take all my money. Just leave me alone!"

The Shadow remained in the same place. "Take pity on an old man. I want to live while I can, not die at the hands of a criminal. Is that what you are trying to do? Kill me? If not, you can take all the money I have and leave. Please."

The shadow still did not respond to George's pleas. George began to back away, eyes still on the Shadow. "Just leave me alone, for God's sake!"

Just then, George felt something beneath his feet. Kitty screeched as its tail was crunched beneath George's feet. George screamed in response, then fell to the ground clutching his chest. The last thing he saw before he died was the Shadow, still standing in the doorway.

There was a knock on the autopsy room door. "Come in," the coroner called, setting down his scalpel. A man entered the room, closing the door behind him.

"Hi, pal. Ready to go to lunch yet? I can't see how you could even eat, though, after looking at people's guts all day."

"Hey, it's a job. We can go to lunch after I finish with this man."

"So, what do you think the stiff died of?"

"Ah, he had a heart attack, nothing new. It looked like his cat scared him. The cops found it with its tail pinned beneath his leg."

"Ugh, that dead guy is giving me the creeps."

"You get used to it. Hmm, that's odd." The coroner was examining the dead man's eyes. "There is a small piece of dirt in the corner of his left eye."

"You'd think he would have noticed it."

"Yes . . . his eyes would be extremely itchy, and his vision would be obstructed. All he would see when he looked left would be . . . a shadow. He would have to have noticed it."

"You never know with these old geezers. Some of 'em don't have a brain left in their heads."

"Hmm . . . let's go to lunch now. I'll put him down as a simple heart attack victim. Nothing unusual about his death."

The two men exited the room, and turned off the light.