Saxon "Unleash the Beast":
Not on Satan's Stereo 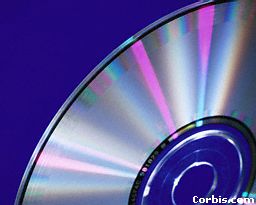 I listen to heavy metal, but I found myself looking down at an evil, drooling gargoyle, wondering whether to give the CD a try. I popped the Saxon "Unleash the Beast" CD into my computer, finding that (miraculously) it will now play music CD's in windows, but that's another story. The album begins with "Gothic Dreams," a weird but cool gothic-style sound clip. This leads into "Unleash the Beast," with good, strong guitars and drums. At first, the lead singer (Biff Byford's) screaming voice did not appeal to me, but as I listened to the album, I got used to it. The combination of vocals in the chorus of each song was excellent, as well as the use of guitars and drums, and the songs had a good beat to them.

The ballad is usually the heavy metal band's best feature, but Saxon's "Absent Friends" was disappointing. Although the song began with some great acoustic guitar, it continued on to become mediocre with its simplistic lyrics and a sad attempt by Byford to sing them. The album's best features were the rocking "Unleash the Beast" and my favourite "Ministry of Fools," which also had the strongest vocals. Most of the songs on this album were decent metal tunes.

I had never heard of Saxon before, although they were formed in the mid-70's and released their first album in 1979. They have even opened for well-known bands such as Motley Crue and Iron Maiden. The album "Unleash the Beast" was released in May 1997 on CMC International Records. It is a decent album, definitely a keeper if not a permanent resident in my stereo. If you like heavy metal, give this album a try.