"Obasan" Essay: Naomi Lives in the Hyphen of Her Existence 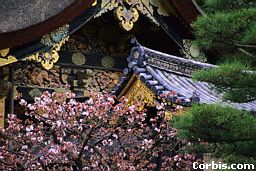 A hyphen is "a mark indicating connection: used to connect the elements of certain compound words."[F1] When a hyphen is used to connect words, the resulting word has qualities of the other two words. It is neither one nor the other, but somewhere between. For instance, the word "passive-aggressive" suggests that someone is not just passive or just aggressive: they are somewhere between the two personality traits, having qualities of both but not fitting either description. When someone is a Scottish-Canadian, for example, they are not really Scottish because they live in Canada. On the other hand, they are not really Canadian because their ancestors were born in Scotland. Often, people find themselves caught in a "hyphen" like this. They do not seem to fit in anywhere, although they have characteristics of the two sides. One such person is Adso from The Name of the Rose by Umberto Eco. He is a young novice in a monastery. Although he has taken a vow of celibacy, he falls in love with a peasant girl. He wants to marry her, but he cannot break his religious vows, and he also does not want to leave the monastery. He finds himself torn between his love of God and his love for the peasant girl. Adso does not fit in with society because he has taken the vows of a monk. However, he does not fit in with the monks because he has broken his religious vows by sinning with the girl. He finds himself in the "hyphen" between the church and the outside world. This is similar to the situation of Naomi in Obasan. She is a "Japanese-Canadian": she is not Japanese because she lives in Canada, and she is not considered Canadian because her ancestors were born in Japan. The Webster's definition of hyphenated is: "Implying or relating to a naturalized person of foreign birth, especially to one whose sympathies are with the land of his birth."[F2] It suggests that Naomi lives in Canada but is still tied with Japan. Naomi is torn between being Japanese and being Canadian. She does not know where she belongs. Naomi lives in the hyphen of her existence because of her relationships with Aunt Emily and Obasan, her conflicting traditions, and her dreams.

To begin with, Naomi lives in the hyphen of her existence because of her relationships with Aunt Emily and Obasan. The two aunts are opposites. Naomi says of her aunts:

How different my two aunts are. One lives in sound, the other in stone. Obasan's language remains deeply underground but Aunt Emily, BA, MA, is a word warrior. She's a crusader, a little old grey-haired Mighty Mouse, a Bachelor of Advanced Activists and General Practitioner of Just Causes.[F3]

Obasan is silent about the mistreatment of Japanese-Canadians. She just wants to forget the past and move on. In contrast, Aunt Emily speaks up for what she believes in. She is constantly fighting for the rights of the Japanese-Canadians. Naomi is caught between her two aunts, with Obasan wishing her to be silent and Aunt Emily telling her to speak. As for their language, Aunt Emily talks "Canadian" and Obasan talks "Japanese." Aunt Emily uses the english language, almost never using Japanese words. Obasan, on the other hand, uses many Japanese words and phrases. Naomi's brother Stephen even tells Obasan to "talk properly"[F4] because she talks more like someone who is Japanese than someone who is a "regular Canadian." Naomi uses Japanese words, but not as many as Obasan. Another difference between Naomi's aunts is their lifestyles. Aunt Emily lives in the big city of Toronto. She lives her life "in the fast lane," always keeping busy fighting for the rights of the Japanese-Canadians. Naomi says that "Aunt Emily's writing is as wispy and hard to decipher as the marks of a speed skater on ice."[F5] By comparing her aunt to a speed skater, Naomi suggests her fast-paced lifestyle. Obasan's life is different. She lives in a small, rural town. She spends a lot of time resting because she is elderly, and the rest of the time she occupies herself with her chores. An example of this is when she is working on the beet farm:

There she is, Obasan, wearing Uncle's shirt over a pair of dark baggy trousers, her head covered by a straw hat that is held on by a white cloth tied under her chin. She is moving like a tiny earth cloud over the hard clay clods. Her hoe moves rhythmically up down up down, tiny as a toothpick.[F6]

Obasan lives her life at a steady pace, just like how she works in the field. Naomi lives her life somewhere between the lifestyles of her two aunts. Aunt Emily pulls Naomi along the "fast lane." When they are at the airport, Naomi "hurried behind her as she marched ahead to the car."[F7] Although Aunt Emily forces Naomi to live life at a faster pace, Obasan slows her down. Naomi says, "since the Barkers' departure, both Obasan and I have been dozing in the living-room."[F8] Obasan influences Naomi to live life at a slower pace. Naomi constantly finds herself between her two aunts. Aunt Emily is very Canadian and lives life "in the fast lane." Obasan is very Japanese and lives her life at a slower pace. Naomi is being pulled in two different directions by her aunts. Because of this, Naomi lives in the hyphen of her existence.

Furthermore, because of Naomi's conflicting traditions, she lives in the hyphen of her existence. Although Naomi grew up in a Canadian society, there was still Japanese culture in her life. Many of Naomi's relatives were from Japan, and they passed Japanese traditions down to Naomi. One Japanese part of Naomi's life is the language. Naomi and her relatives speak mainly English, but they mix in Japanese words. An example of this is when Naomi and Uncle are at the coulee: "'Umi no yo,' Uncle says, pointing to the grass. 'It's like the sea.'"[F9] Although Uncle speaks English, he combines it with Japanese words and phrases. Another example of the Japanese influence on Naomi's family's language is their name for margarine:

Stephen, three years older than me, was always ordering me around. He plopped a spoonful of hand-yellowed margarine onto the slab. He called margarine "Alberta", since Uncle pronounced Alberta "aru bata", which in our Japanese English means "the butter that there is". "Try some Alberta on it."[F10]

Another doll I have brought is a Japanese doll my mother gave me before she went to Japan . . . The red flowered kimono, which is not for removal, has been removed . . . She wears an over-sized orange print dress from one of the other dolls . . .[F11]

The doll used to be completely Japanese, with Japanese clothes, face, and hair. Now, it wears Canadian-style clothes. It is now Japanese-Canadian, somewhere being Japanese and being Canadian. Since Naomi's culture is a mixture of Japanese and Canadian, including her language and her doll, she lives in the hyphen of her existence.

Finally, Naomi lives in the hyphen of her existence because of her dreams. Naomi has dreams throughout the novel, many of which show her confusion and separation. In Naomi's first dream, she and others are working in a forest. She says:

The square woman farther down the slope moves up towards me . . . She begins to speak but the words are so old they cannot be understood. There is a calmness in her face as she recites an ancient mythical contract made between herself and the man so long ago the language has been forgotten.[F12]

Naomi is separated from the other woman because they do not speak the same language. It is said that the language is old, which may be interpreted as it being the Japanese language. Naomi may have become too Canadian to understand the language of her Japanese ancestors. However, she still has some idea of what the woman is saying because she understands that it is a mythical contract. Naomi is in the "hyphen" between the Japanese and the Canadian languages. When Naomi tells of her third dream, she says:

. . . the mountain yawns apart as the chasm spreads. My mother is on one side of the rift. I am on the other. We cannot reach each other. My legs are being sawn in half.[F13]

Naomi is being separated from her mother. Her mother lives in Japan and Naomi lives in Canada, but there is still a mental connection between them. When Naomi's mother went to Japan, part of Naomi went with her. Because Naomi is being "sawn in half" between Japan and Canada, she is in a "hyphen." When talking about her fourth dream, Naomi says, "I dream of a red red bird, tiny as an insect, trapped in a whirling well."[F14] Naomi is the bird, who feels trapped and lonely. She is trapped in the well just like she is trapped in a "hyphen." Because in Naomi's dreams she is either separated or trapped, she lives in the hyphen of her existence.

Naomi lives in the hyphen of her existence because of her relationships with Aunt Emily and Obasan, her conflicting traditions, and her dreams. First of all, Aunt Emily acts Canadian, and she is always speaking out. In contrast, Obasan acts Japanese and remains silent. Between them is Naomi, influenced by one to speak up and by the other to be silent. Also, Naomi's traditions are part Japanese and part Canadian, including her language and her doll. In addition, Naomi's dreams symbolize her feelings of being separated from others, and of being trapped. Because Naomi finds herself in the middle all the time, she lives in the hyphen of the title "Japanese-Canadian." She has Japanese qualities and Canadian qualities, but does not seem to fit either description. As a result of this, Naomi is lost somewhere between the two cultures. She is drowning in the ocean that separates Canada and Japan.

The Name of the Rose by Umberto Eco