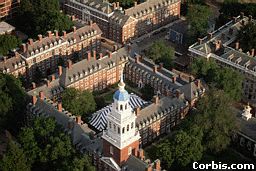 Marginalization: it has been done to people of different races, religions, and of various beliefs throughout history. A powerful group sees another group as different from themselves; they then cast out the people who do not fit in, sometimes scorning them and sometimes forcing them to occupy a different location. An obvious example of this is the treatment of Native North Americans by European settlers. The Native peoples had their land and resources taken from them, and were forced to occupy areas of unwanted land. To this day, the Native reserves are still in place, where the Native Canadians live outside the rest of society. The Native North Americans were marginalized by the Europeans because they looked different, they had different beliefs, they had a different lifestyle . . . and they had less power.

When marginalization occurs, the people who are marginalized have no say in the matter. Although students are technically students by choice, they may have become students because they felt obligated to do so. Students are partly lured into university by the promise of a high income, but most students go because of the value that society places on an education. They feel pressure from their peers, their teachers, and their families to further their education. Some people, like an acquaintance of mine, are even told by their parents what their major has to be. Some students, including me, believe strongly in the importance of an education. I felt obligated to go to university because I had the marks needed, and if I did not attend university, it would be a waste: everyone who can go to university should go to university. I do not believe that I will have a high income after university, but I will at least have an education. Although students may not technically be marginalized because they made the choice to become students, there are some elements of social and geographical marginalization.

Socially, students are set apart from the general public. The public sees students getting something that many of them never had: a post-secondary education. The public also believes that all students will graduate and get a high-income job, although graduates do still get jobs such as factory work. Lately in Ontario, there has been much talk in the media about the Harris government's cuts to education, and the worries of students over tuition increases. To the tax-burdened public, students look like a "bunch of whining rich kids." To them:

Students go to college or university for one basic reason: to get knowledge and training of some sort so eventually they will be making better-than-average salaries. Anyone who denies this is kidding himself or must be a professor hoping for tenure . . . the general population . . . hasn't had the opportunity to go to school and will not make the same salaries that graduating students will eventually make.[F1]

Members of the public tend to look down on students, since students are apparently greedy and taking the taxpayers' money to become doctors and lawyers. The public does not realize that students like myself are going to be thousands of dollars in debt, and we think we may be working at McDonalds after graduation. Since the students are marginalized by society, the cost of their education can increase, and the students feel powerless to do anything about it.

Students are also geographically marginalized. Although it is by choice, students do occupy an area separate from the general public. They attend classes at a campus that is much like a separate town in the middle of a city, and many students also live in campus residences. Within the students, there is also geographic marginalization: some students live near the university while others live in distant towns. To the students who can live with their parents near the university, the residence students are fortunate to have the opportunity to live on campus. I remember having an acquaintance say to me I was lucky to be living in residence, and I was shocked. I think I am at a disadvantage. Instead of living at home for free, I pay $3200 a year for a residence room, and have the added expenses of food and a telephone. I cannot help being jealous of students who can live at home and attend university, and they are jealous of me: I suppose it could be said that the two groups of students marginalize each other. People do not think of the fact that universities are not accessible to all students geographically. It is one thing to take a bus to a nearby university, and quite another to travel two hours or more to attend the nearest university. Students who live far from universities become marginalized financially, with the added costs of an education like residence, food, and other expenses. They are also marginalized with the bitterness between the two groups of students, each feeling like they are at a disadvantage. Members of the public also frown on the long-distance students as they complain about the cost of an education. Many people do not realize that there is more to an education than just the cost of tuition and textbooks.

Students are also marginalized by the fact that most of them do not own land or a building. Traditionally, ownership of land has been a symbol of status and power. As students struggle to pay their university fees, they often cannot buy a car, let alone a house and property. So, while other members of society have the power of land ownership, students do not. In addition, many students do not have the option of moving out of their parents' house, although other people in society have the freedom to live where they choose. Students can almost be compared to the poorer people in society who are unable to move out of the slums. Students are marginalized by the fact that they do not have the power to live where they want to.

Students can be thought of as marginalized, both socially and geographically. This is not to the extreme that some people, such as the Native North Americans, are marginalized. Also, students technically choose to be students. However, there is still marginalization occurring. Students are looked on with distaste by members of the public because they seem to be at an advantage. Students occupy a different location than the rest of society, and an education is less accessible to some students because of where they live. Students also have less power than many members of society, not owning a home and not being able to live where they choose. Canadian students can thus be thought of as marginalized.