Frederick Henry As An Ironic Hero 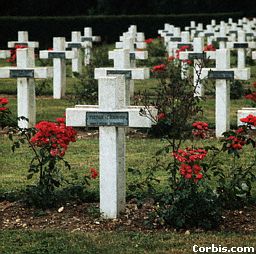 In our twentieth century society, literature begins to focus more on the common man, rather than the larger than life hero. In their books, novelists portray ordinary people trying to survive in their land of confusion. With wars, pollution, and machines setting the scene, writers are quite often using the ironic vision in their works. The ironic hero of these twentieth century novels is an ordinary man, with no special talents or qualities, who finds himself alienated from society. He has no special powers to aid him on his quest. The quest itself is a selfish one. He does not want to save the world; he only wants to help himself. He goes on his quest unwillingly, and finds himself being changed somehow along the way. The ironic hero is also a loner. One such character is Frederick Henry of A Farewell to Arms. Frederick is an American in the Italian army during World War One. Being an ambulance driver, he must go to the Front to pick up injured soldiers. One day, he is hit by a bomb and gets a leg injury. While he is recuperating in the hospital, his love grows for a British nurse named Catherine Barkley. He goes back to the Front, but is caught by some soldiers who want to kill him. He then escapes and makes his way to Switzerland with Catherine. After spending time there together, she dies in childbirth, leaving Frederick all alone. In the novel A Farewell to Arms, Frederick Henry is the typical twentieth century ironic hero because he is alienated, he undergoes a metamorphosis, and he is an unwilling participant in his quest.

Frederick Henry is alienated, thus he is a twentieth century ironic hero. The ironic hero is somehow different from those around him. He may be of a different race or have different morals and attitudes. Frederick Henry is a different race than his colleagues. He is an American in the Italian army. People in the novel find it strange that he is fighting for a country that is not even his own. For example, the head nurse of the British hospital says, "You're the American in the Italian army?...How did you happen to do that?...Why did you join up with the Italians?"[F1] It is unusual for an American to be in the Italian army, so he does not fit in. Lieutenant Henry is also an officer, while the men he works with are mainly enlisted men. They cannot accept him as one of them because he is their superior. Frederick says, "I went back to the drivers. They were sitting in the dugout talking and when I came in they stopped...they were silent until I went out."[F2] The soldiers can not act naturally around Frederick because he is different than them; he is an officer. Lieutenant Henry also does not bait the priest like the others do. Whenever Rinaldi and the other men start to tease the priest, Frederick will either defend him or not say anything. Frederick Henry is an American in the Italian army, he is an officer among enlisted men, and he does not bait the priest. Therefore, he is alienated from those around him, like the typical twentieth century ironic hero.

Frederick is also a twentieth century ironic hero because he undergoes a metamorphosis. The ironic hero will change physically, emotionally, or intellectually from when he first starts on his quest to when the quest ends. Frederick's opinion on love changes from the beginning to the end of the novel. At first, he spends his nights with prostitutes and other girls that mean nothing to him. He has found sexual love, but nothing more. The priest says to Frederick, "What you tell me about in the nights. That is not love. That is only passion and lust."[F3] Not only is Frederick Henry not in love, he also does not want to be in love.

Lieutenant Henry thinks he is quite happy without someone to love. Although he does not plan on loving anyone, he eventually falls in love with Catherine Barkley. He realizes then that he really does need love. The definition the priest gives of true love is: "When you love you wish to do things for. You wish to sacrifice for. You wish to serve."[F5] Frederick discovers for himself what love is really like. He wants to spend all the time that he can with Catherine. He is always saying things to make her happy. Frederick does what Catherine wants, like staying by themselves at the horse races, rather than going back to where all the other people are. Also, they are always telling each other those three little words: "I love you."[F6] At the end of the novel, when Catherine dies, Frederick feels sad and lonely. He realizes how much love really means to him. Since Frederick goes from thinking love is not important to thinking love means everything, he undergoes a metamorphosis, and is therefore a twentieth century ironic hero.

In addition, Frederick Henry is an unwilling participant in his quest, as is the typical twentieth century ironic hero. The goal of the ironic hero "is not one in which he consciously chooses to embark upon, but rather one in which he is forced to pursue."[F7] Frederick Henry's quest is to leave the army, say "farewell to arms", and spend his time with Catherine Barkley. Although this is what he wants to do, he does not consciously consider doing it. A series of events occurs that eventually leaves him no choice but to escape to Switzerland. When the Italian army is retreating, Lieutenant Henry decides to take the ambulances down a different road than everyone else. They then get stuck in the mud. Frederick is forced to leave behind the ambulances and equipment he is responsible for. He would have to answer to the army for his actions. After traveling for a while on foot, the Lieutenant arrives back where the main group of retreating people are. When he gets there, some soldiers are taking officers away to be shot. "They were executing officers of the rank of major and above who were separated from their troops. They were also dealing summarily with German agitators in Italian uniform."[F8] In order not to be shot, Frederick jumps in the river and makes his escape. After finding Catherine, he is told, "They are going to arrest you in the morning."[F9] To avoid being arrested, Lieutenant Henry leaves for Switzerland with Catherine. When they get there, they start living their lives of freedom. They are together, and they are happy. A series of events lead to Frederick Henry embarking on his quest, not a conscious decision by him, so he is an unwilling participant. He is therefore a twentieth century ironic hero.

In the novel A Farewell to Arms, Frederick Henry is the typical twentieth century ironic hero because he is alienated, he undergoes a metamorphosis, and he is an unwilling participant in his quest. First of all, Frederick is an American in the Italian army, he is an officer among enlisted men, and he does not bait the priest. For these reasons, he is alienated from those around him. Secondly, Frederick undergoes a metamorphosis. At the beginning of the novel, he is not in love and does not think he needs love. Eventually, he falls in love with Catherine and discovers how much he needs love. Finally, Frederick goes on his quest unwillingly. He does not consciously decide to leave the army, but rather a series of events forces him into it. Frederick is an outcast, he changes his viewpoint on love, and he is forced into his quest. These are all qualities of a twentieth century ironic hero. Since he possesses these qualities, Frederick Henry is therefore a typical twentieth century ironic hero.

Farewell to Arms by Ernest Hemingway

A Farewell to Arms (Cliffs Notes) by Adam Sexton