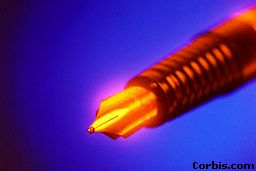 Don't you just hate essays? All through school, teachers make their students write essays, essays, and more essays. They expect their students to have an opinion on whether a story fits the ironic vision or not, or something like that, but the student probably doesn't even care. People should just stop writing essays.

First of all, essays are so formal. The writer does their intro, with their thesis at the end of it, then they have their three paragraphs of proof, then they have their conclusion. Come on people, live a little! Be wild! Put your thesis at the very end of the essay, or better yet, leave your thesis out of the essay. (It'll probably drive their teachers nuts, but summer vacation is coming up pretty soon anyways.)

And the language that people have to use in essays! The writer starts sounding like a dictionary, using all those big words. I bet they don't even know what half the words mean! And what's this thing about not saying "I." Who am "I," chopped liver? Do I have to become this nameless, faceless, mystery person, just to get people to listen to me? And what about using "you?" I mean, it's "you" that's reading my essay, isn't it? Who else would it be? Am I talking to myself? I admit I have been known to do that once in a while . . . but that's beside the point.

A lot of the time, all essays really do is confuse the reader. The person writing it throws big words around like "verisimilitude," but the person reading it probably can't even pronounce the word "verisimilitude," let alone know what it means. Do they even care what it means? Will they go to visit their friends and say, "Oh, yes. I saw some very nice verisimilitude the other day, over on Third Street." Chances are, they'll put the essay down as soon as they see a big word, and go read the comics instead.

When people write essays, another thing they do is force their opinions on other people. Can't the reader have their own opinion? There should not be people saying, "this is my opinion - make it your opinion . . . or else!" What if I read an essay and I totally disagree with what the writer is saying? Am I supposed to change my mind? Do a total 180 degrees? All because someone thinks I should? I don't think so.

See all the problems essays cause? Formality, confusion . . . annoyance! Life would be much simpler if people just didn't write essays.