A Knight Encounters a Dragon Upon a Hilltop 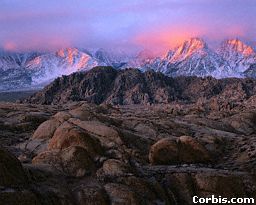 And so it happened one morn, as a knight returned from battle, he encountered a dragon upon a hilltop.

"I wonder," said the knight, "why it is that in all my travels I have never seen a dragon, and yet I encounter one upon a hilltop by my home."

"I have always been here," answered the dragon, "since before your anscestors settled in the valley beneath me. Your life is as a fleeting moment in mine."

"What purpose," said the knight, "Is such a long life if you remain here, doing nothing. In our short lives, we at least do many things."

"Such as?" asked the dragon.

"Well," said the knight, lifting his head proudly, "I come from a lineage of warriors: like my father and my father's father, I have fought in many battles, and have killed many men. I have only just
returned from a great battle, where I killed many a foe with my blade."

"Is that all?" asked the dragon.

"Well," continued the knight, "I have travelled to distant lands, and brought back many riches."

"And?" prompted the dragon.

"Well," said the knight, "I have controlled the harvesting of my fields; I have disciplined my servants to the most efficient of obediences; I have kissed many a fair maiden beneath the moonlight: I have done many things in my lifetime. What have you done but sit upon this hilltop as the world passes by?"

The knight laughed. "You are a fool, dragon: you have done naught."  The knight continued on his way.