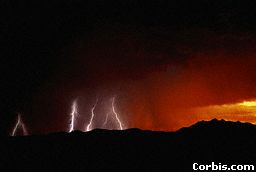 An unnaturally dark cloud brooded over the armies. I tried to steady my dappled mare as she fidgeted, simultaneously pushing my long, black hair from my face as the cold wind quickened. I finally spied the source of the strange weather, a solitary black figure on the parapet of the castle.

"Maya." I turned at the sound of my name as the Royal Champion wheeled his horse in my direction. "We're almost ready to strike. I don't like the looks of the sky, though . . . it just seems creepy."

"Can you do anything about it?"

"No, I can manage. You concentrate on the front gate."

The Champion nodded. "We'll get those bastards for burning that village and breaking the treaty." He walked his horse back to his soldiers, shouting orders.

I dismounted and rummaged through my saddle bag for a particular bag of powder. Then, patting my mare's neck and murmuring to her, I sent her to graze in the field nearby.

I stepped into the woodlot next to me, dusted myself with the powder, and recited a spell. I emerged from the woods a couple of minutes later invisible to the soldiers.

With a rope and another spell, I climbed to the parapet still occupied by the sorcerer. A small command returned my visibility, and the wizard turned from the clouds that were now dousing my army in rain.

He was different from what I expected. The sorcerer Dalziel had served his liege for three generations, yet he looked like a young man, not many years older than myself. Beads of sweat pasted his dusty blond hair against his forehead. We watched each other carefully for any movement.

"Ah, the young Maya. I was wondering if you would join the soldiers in this campaign. We finally meet - you studied under Ezekial, did you not?"

I nodded slightly by way of acknowledgment.

"He and I were close friends many years ago, before our paths led us to such distant places. Too bad we meet under these circumstances, Maya, we may have been friends as well, did you not serve a traitor."

At that, my eyebrows furrowed and my face reddened. "My king is not a traitor! Your king broke the truce by ordering that village burned."

"Now, that was the action of a handful of men, certainly not condoned by my liege. We would have punished the offenders, had we known who they were."

"The king's cousin and his friends? I think not!"

Dalziel signed. "I can see we are both set in our beliefs, and we each hold unshattered loyalty to our king. There can be no resolution to our debate - especially as our armies fight below. I believe we are here for a battle."

Suddenly, a flash of fire left his hands and flew toward me. I deflected it easily, shooting out my own fire that he deflected in turn. As this exchange gradually increased in strength, I noted in my peripheral vision that the unnatural rain had ceased, and my army was catapulting burning debris inside the castle walls.

After a while, I launched a zap of electricity that singed Dalziel's arm before he could react. Although he had the wisdom and experience of his long years, I had the strength and agility of youth.

As the duel progressed, we both gained small injuries. We were drenched in sweat and breathing heavily.

Finally, the force of my one blast sent him reeling backwards, tripping over a planter of flowers. I raced to where the wizard lay, stunned from the smack of his head against stone. I knelt over him.

I held the sorcerer down and prepared to strike the killing blow. Then something happened that I had not expected.

Fighting is always a primal task, and even an occult battle, where the fight is intellectual, is based on the fundamental emotion of hatred. It is what makes sorcery so passionate, what gives it its most power - using your deepest anger to strike an opponent or your love to save a friend from danger. And, admittedly, it had been a while since I had given in to my most primitive instinct - lust. Ignoring the obvious superstitions of most men about my powers, sexual passion with a sorcerer could be dangerous with all the uncontrolled power involved. I had heard stories of mortals dying this way.

So it was that at the climax of the battle, as I leaned only inches from my opponent's face, I made the mistake of looking directly into his eyes. Somewhere in the brown depths of those eyes, I became trapped in his spell. Even as I leaned to bring my lips against his, I knew I was hopelessly lost in the abyss of his soul.

When our passion had played out, with overturned pots and chipped stone marking its passage, I was at his mercy. And although I knew I was chained to him for eternity, my own will hopelessly lost, part of me was willing to give in, content to follow him blindly and do his bidding for eternity.