The Night Before Christmas in Bethune Residence 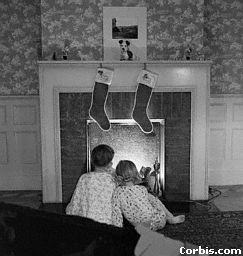 'Twas the night before Christmas and all through Bethune,
The res students were passed out on the floor of their room.

Their socks were hung on the doorknob and chair,
In hopes that their laundry-loving mother soon would be there.

Their textbooks were piled at the foot of their beds,
And visions of EXAMS lurked in their heads.

With our don in her kerchief and assistant in her cap,
They settled our house down for a 3:00 AM nap.

When from the elevators there arose such a clatter,
They sprang from their beds to see what was the matter.

They opened their doors and tried not to fall,
As they stepped over people passed out in the hall.

When what to their wondering eyes should appear,
But a man with a vacuum - and actual cleaning gear!!!

The way that he cleaned was so lively and quick,
They knew in a moment it must be St. Nick.
(Who else would be cleaning this place???)

He was dressed all in blue from his head to his foot,
And his clothes were all covered in mold and in soot.

A mop and a bucket he had slung on his back,
And who knows what else he had stuffed in his pack?

The stump of his pipe he held tight in his teeth,
And the smoke, it encircled his head like a wreath.
(Good thing it was the smoking floor!)

He spoke not a word but went straight to his work,
He cleaned all the bathrooms, but not the kitchen - what a jerk!

He sprang to the elevator, gave the button a push,
Then, a few minutes later, the doors closed with a 'whoosh!'

But they heard him exclaim, ere he plummeted out of sight:
"Aaah! Somebody help me!!!"

The Night Before Christmas by Clement C. Moore